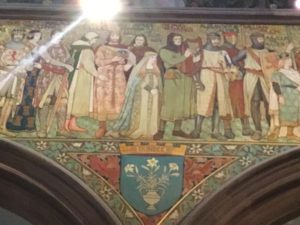 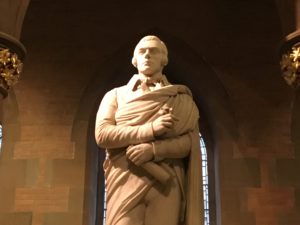 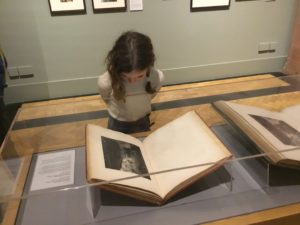 After that, the real fun began. Each table was a party, who would appoint a leader. The names of the parties, in alphabetical order are: Animal Welfare, Computer, Music, Save the Earth, School and Sporty. When every party had a leader, all the leaders would come up in front of the class and read out their manifesto. After that, the entire class held an election. After the visitor revealed the results we held a debate with a Presiding Officer. We debated a bill on whether all new cars in Scotland should be electric. The bill passed with a large majority.

In all, the entire class learned a lot about how democracy works and it was a very good lesson. 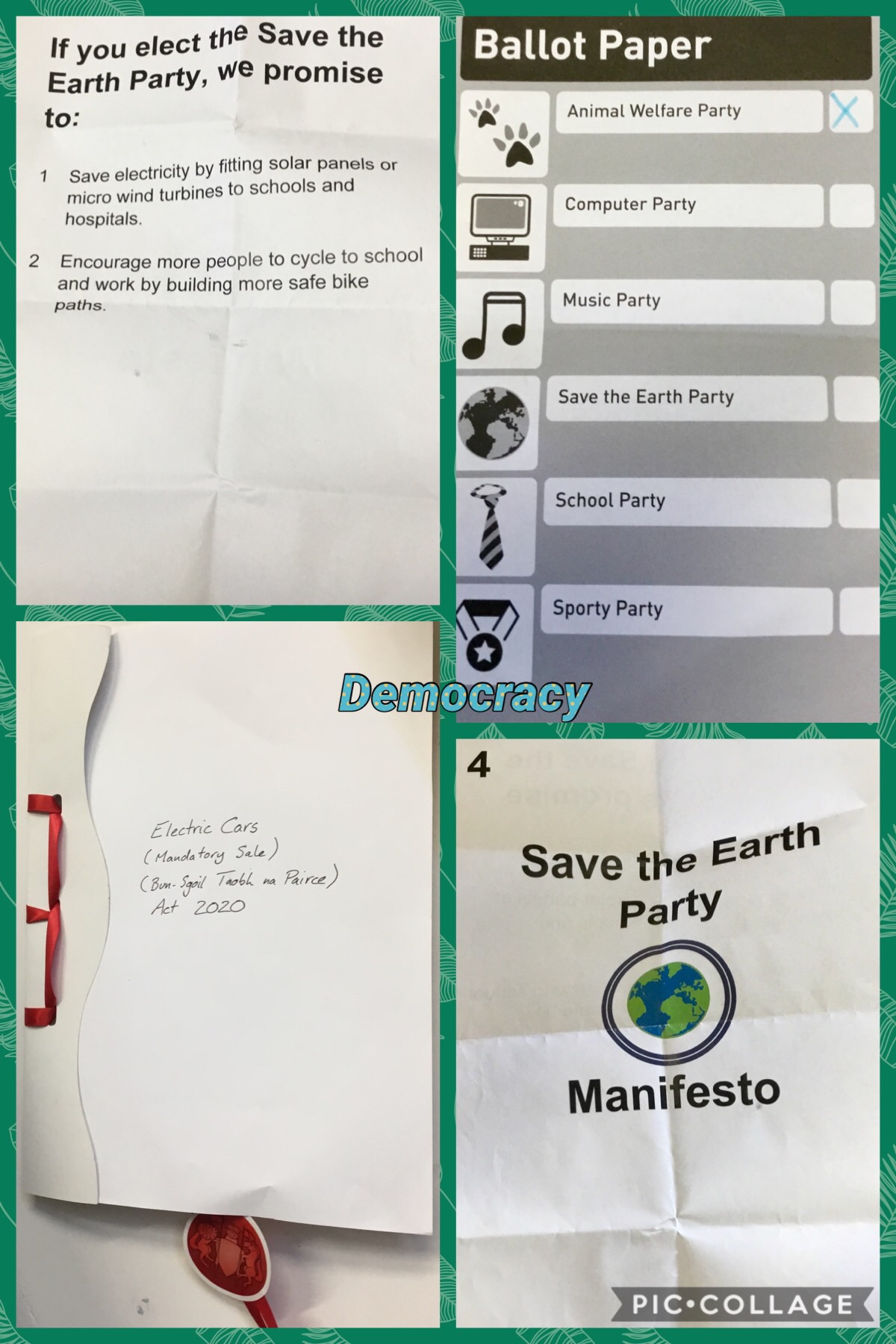 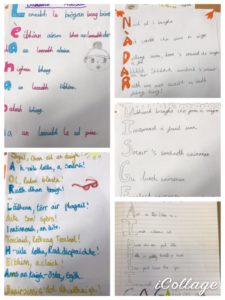 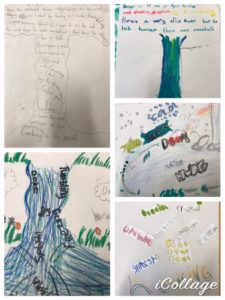 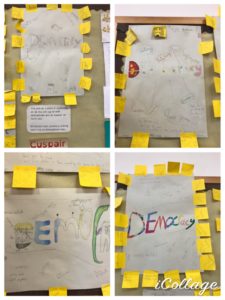 Q: What does a cloud wear under his raincoat? 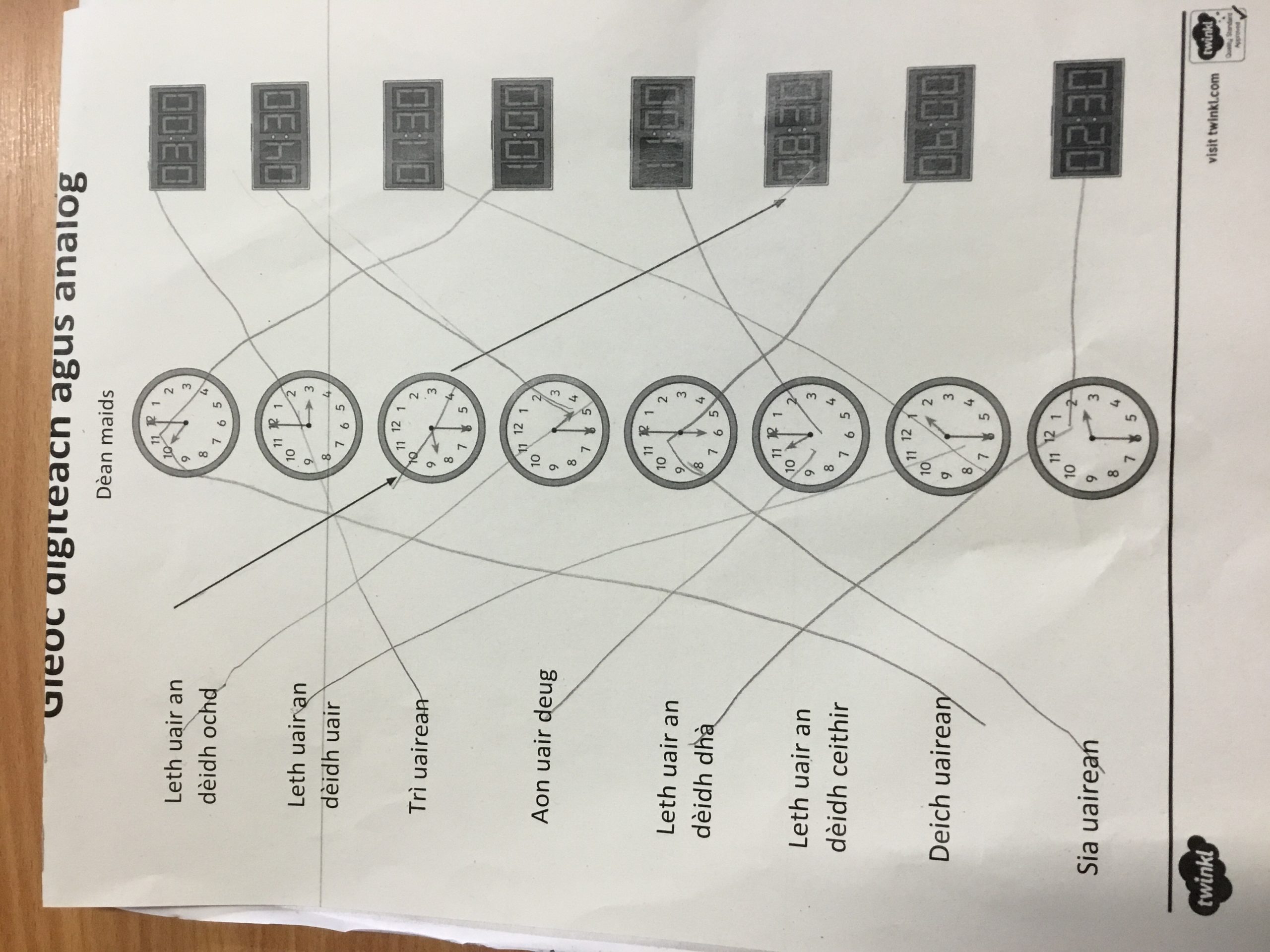 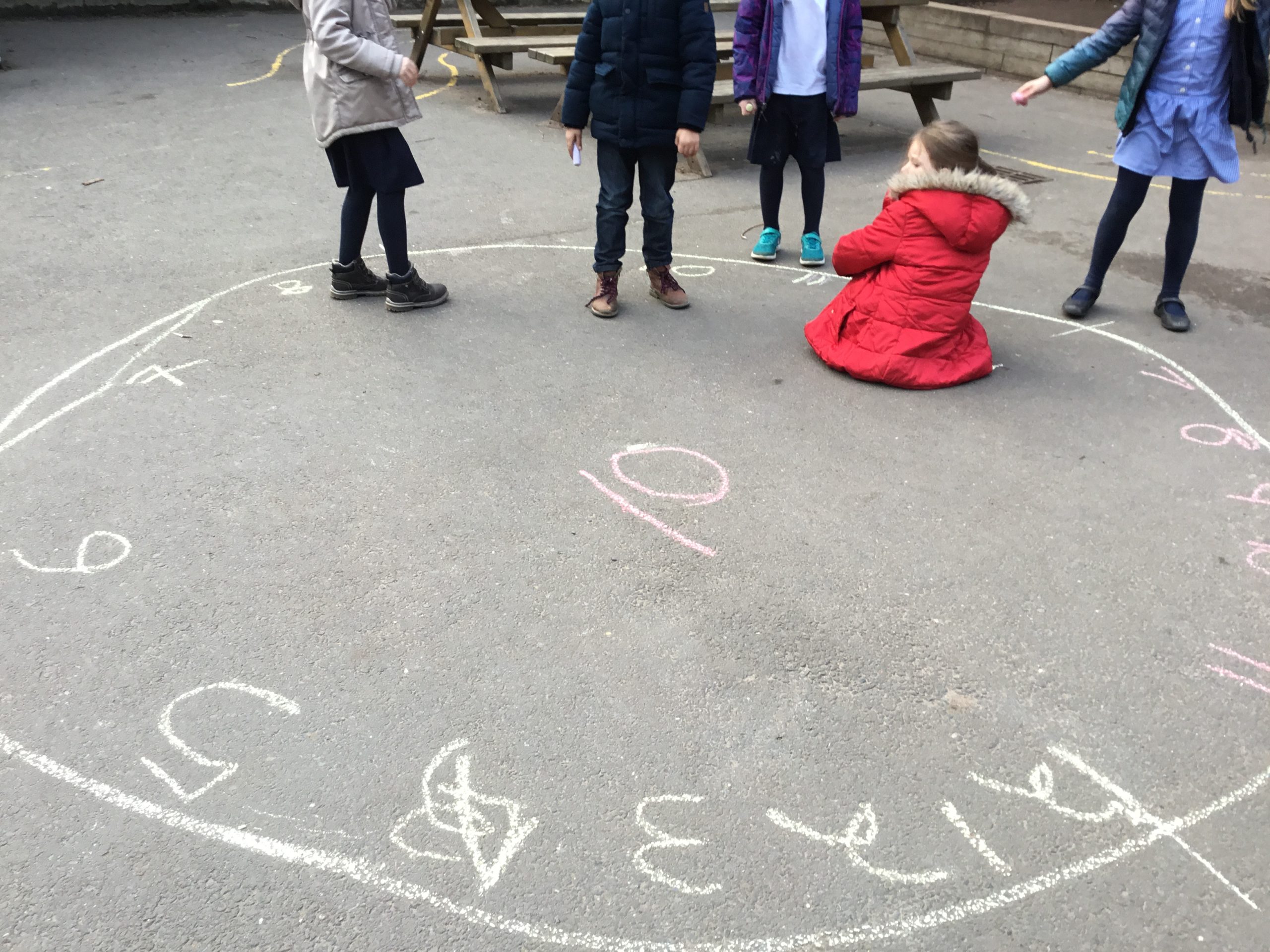 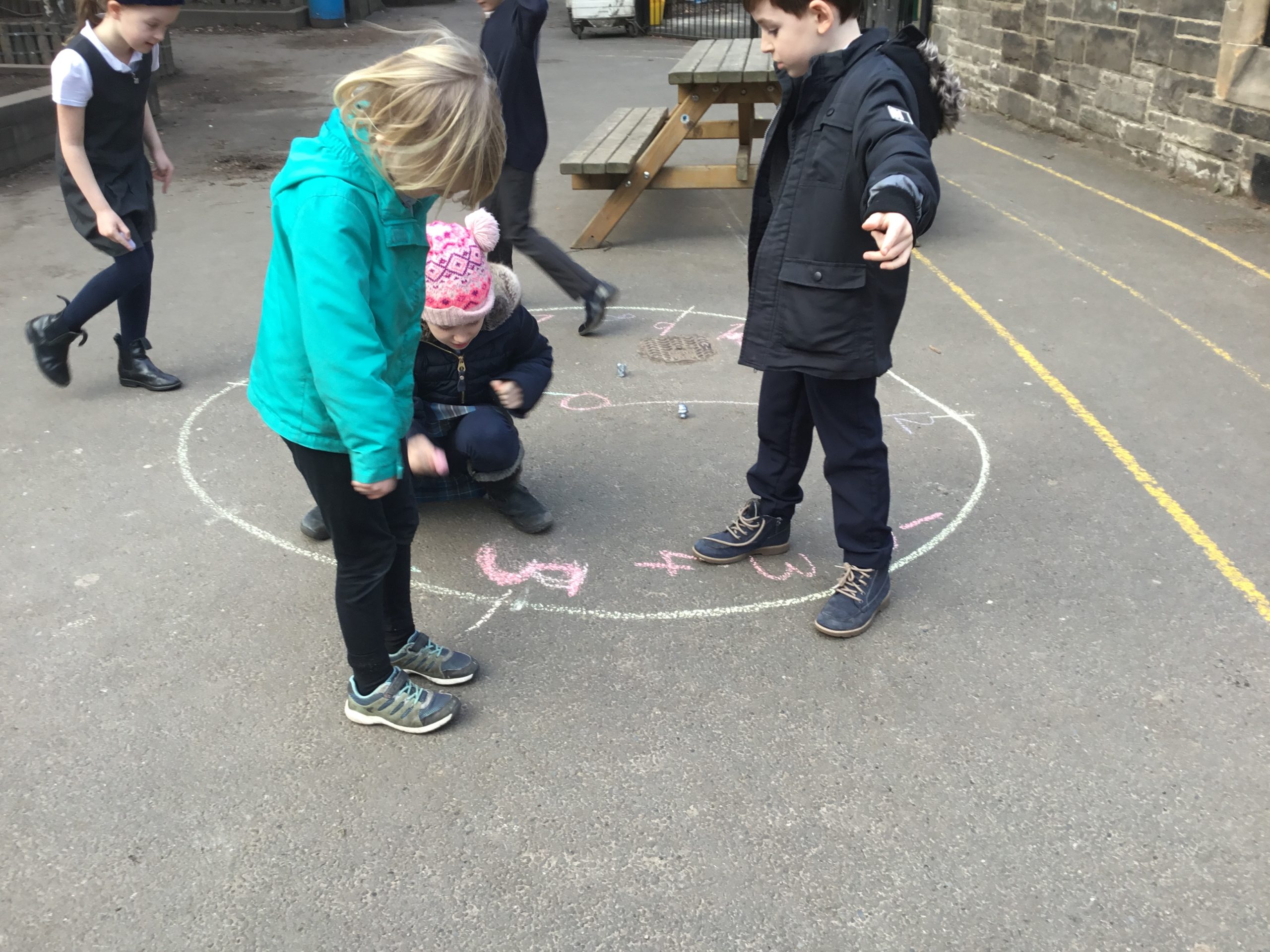 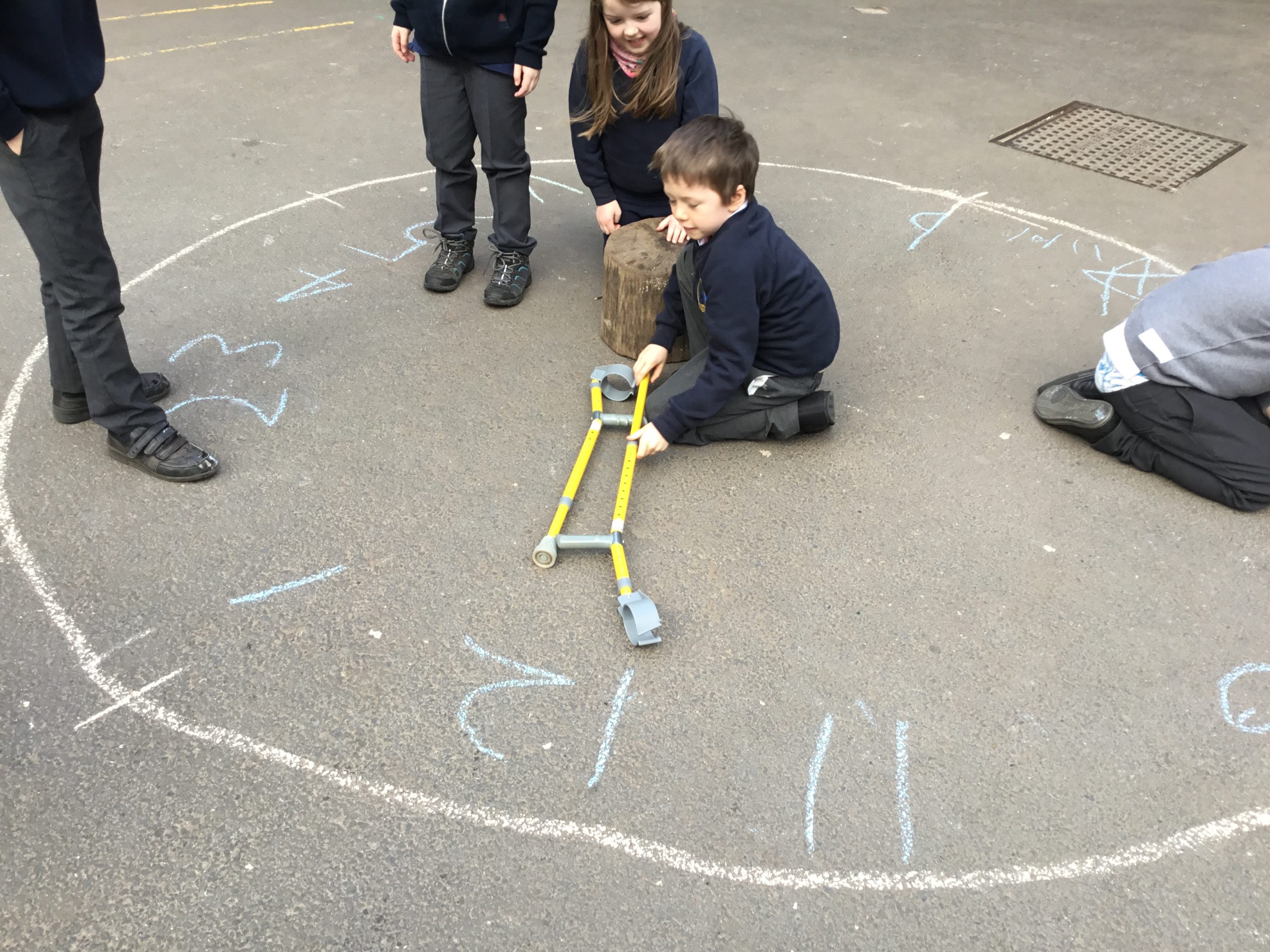 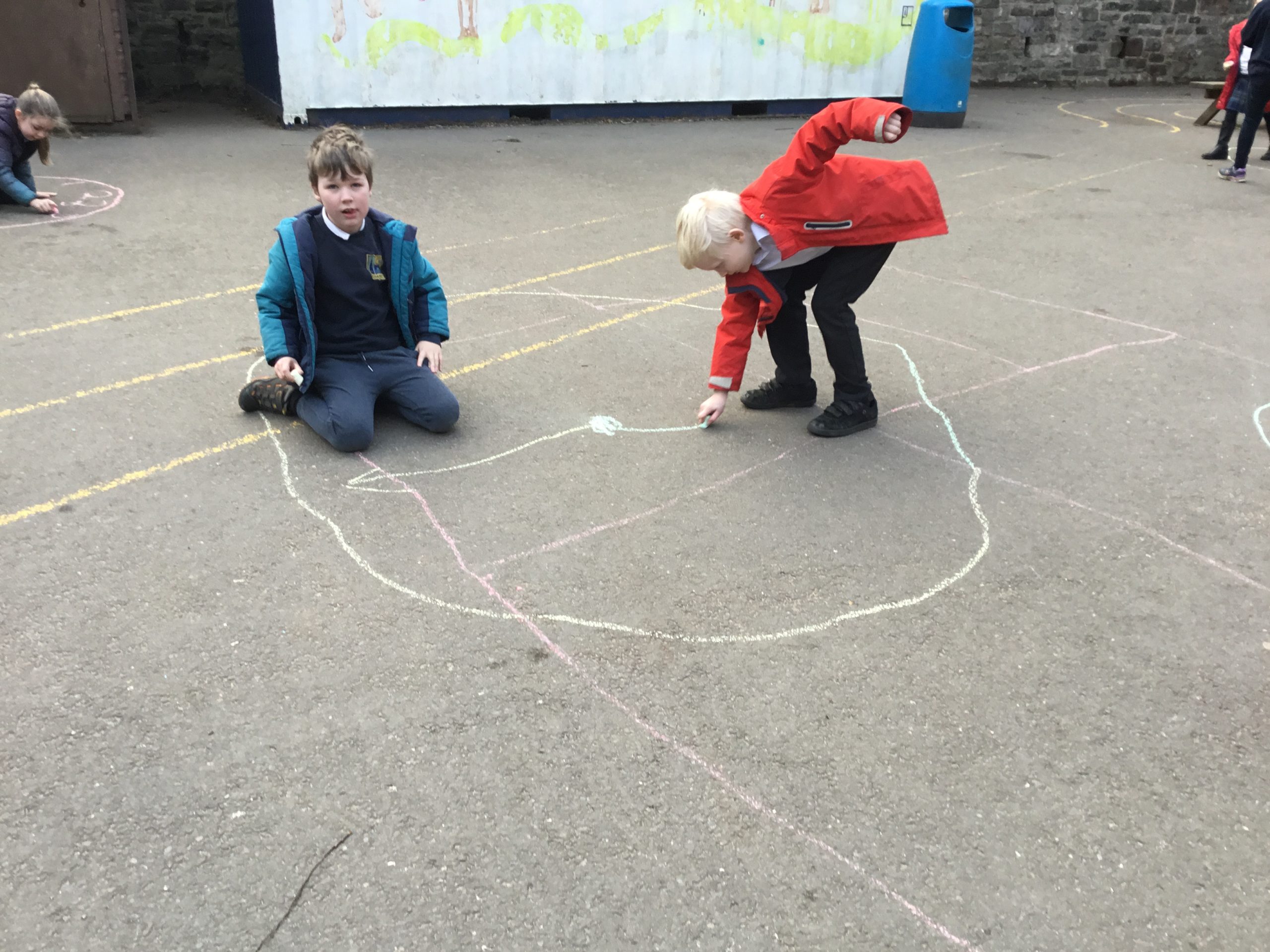 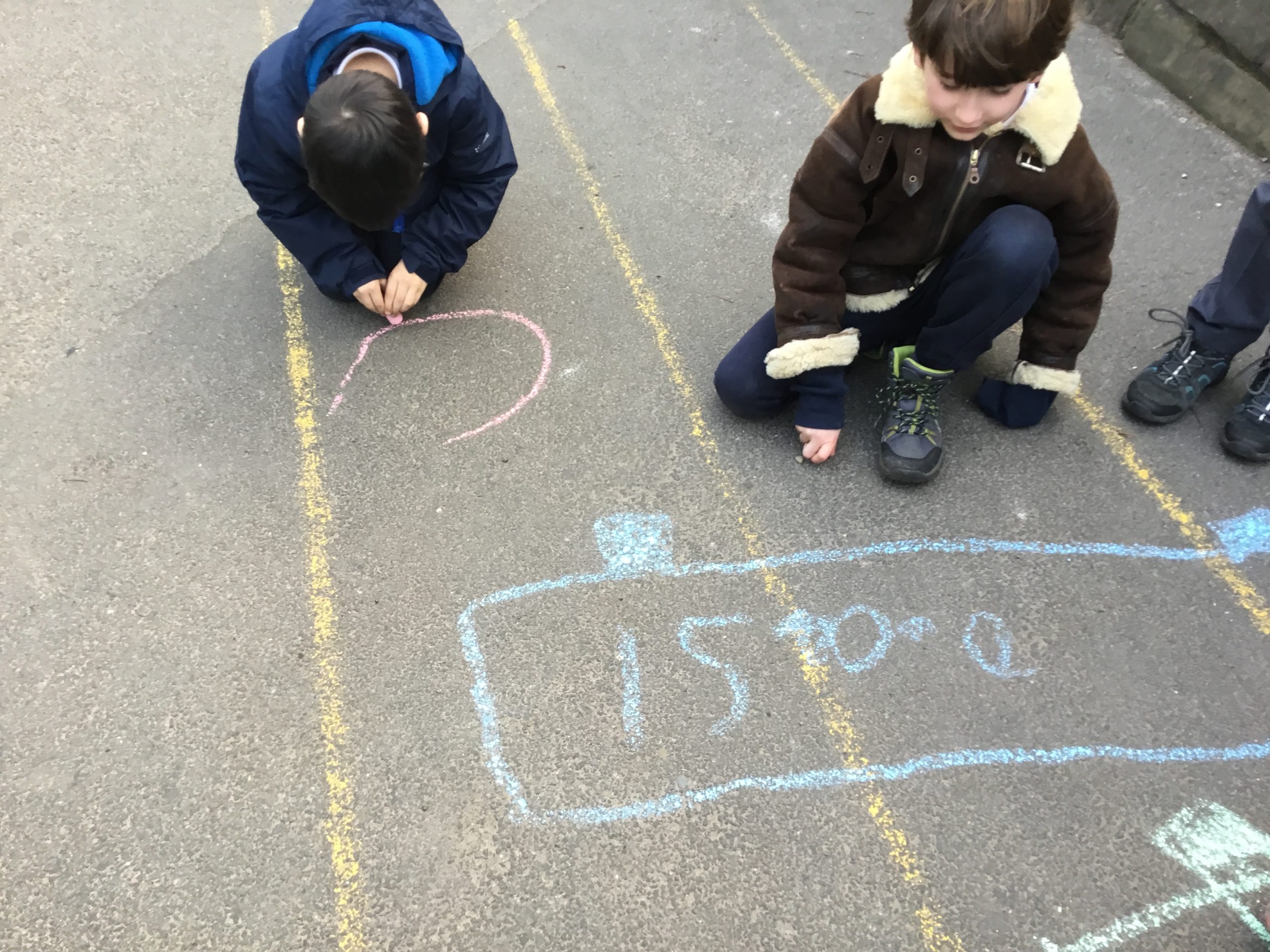 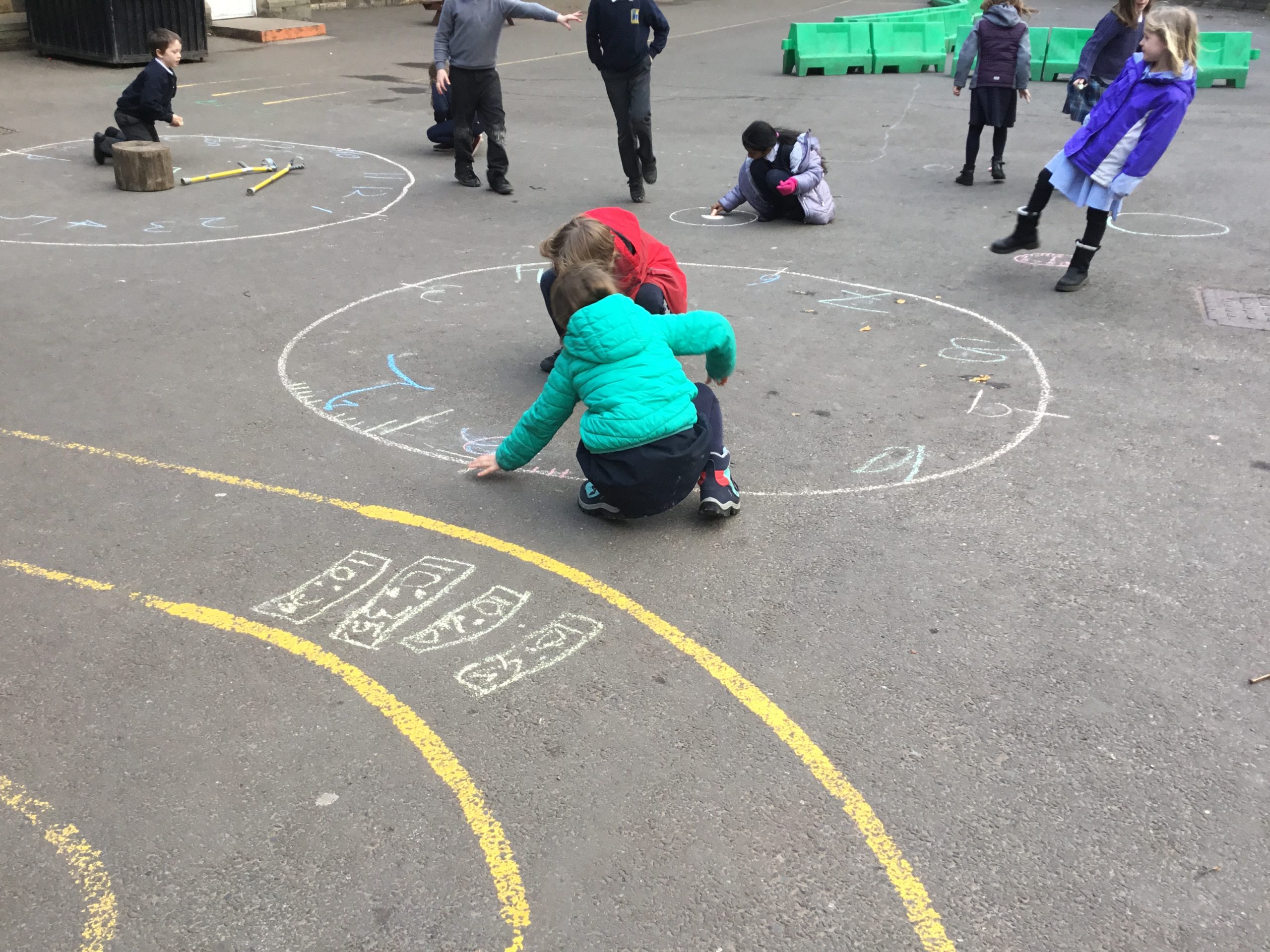 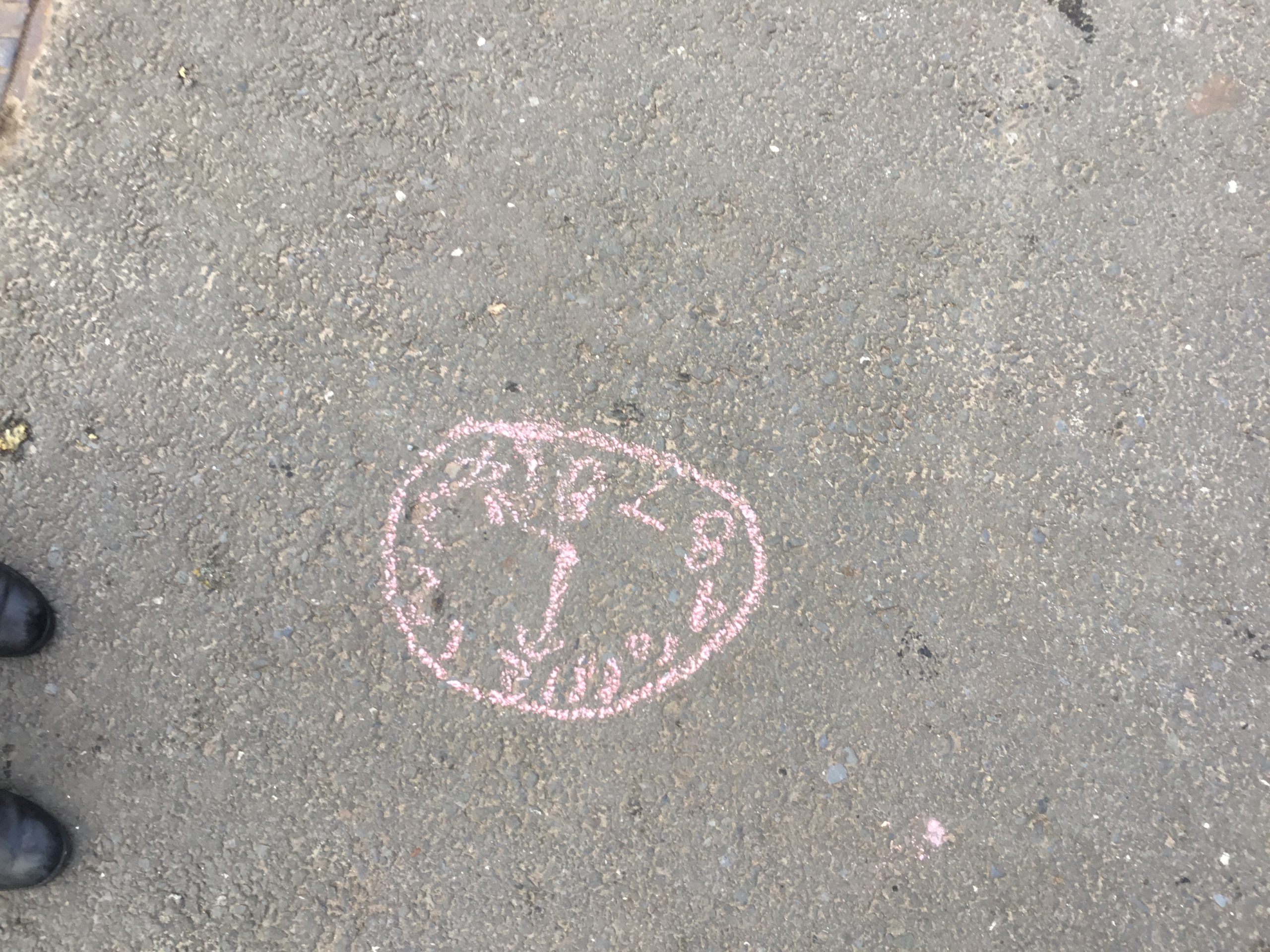 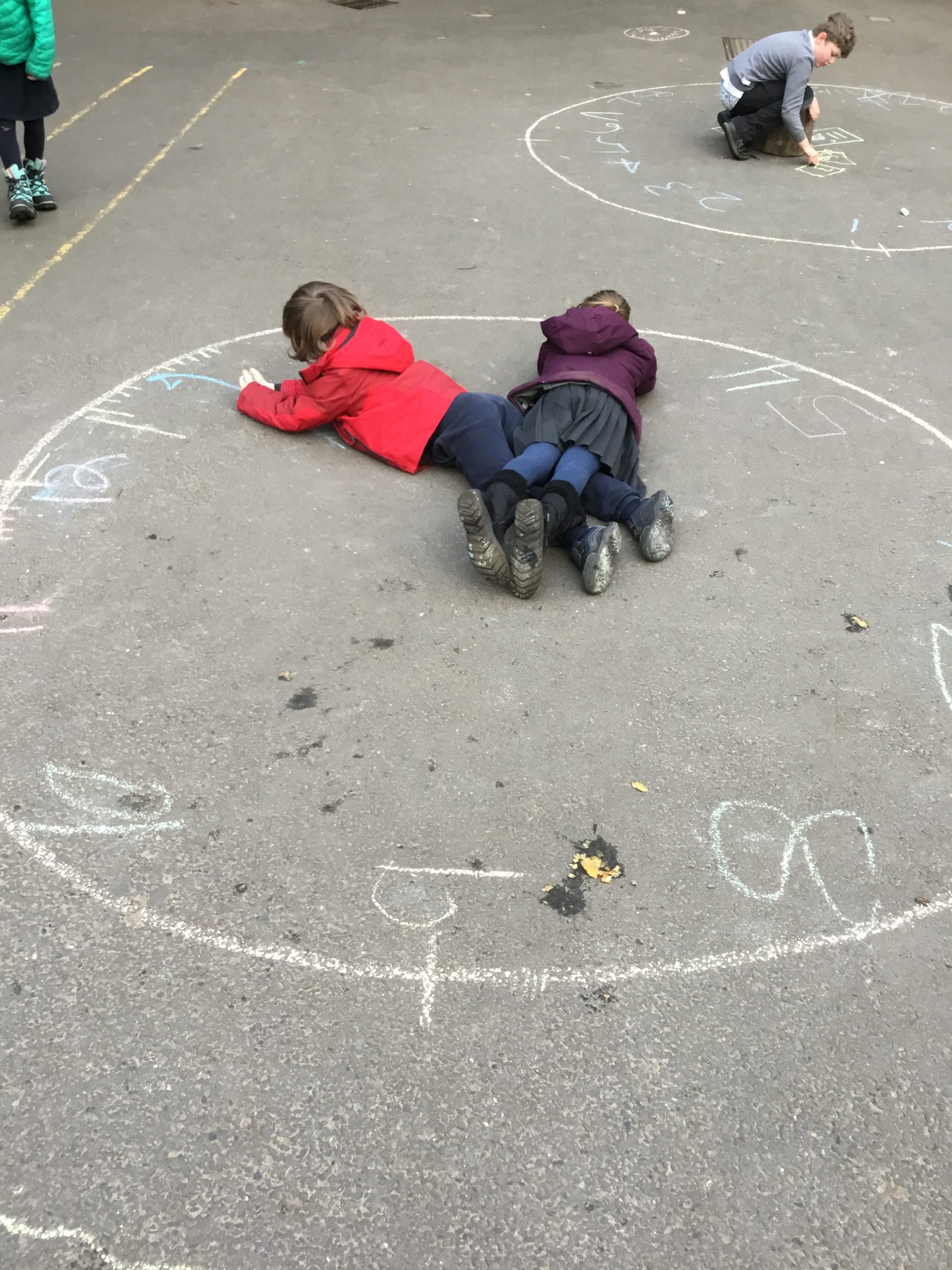 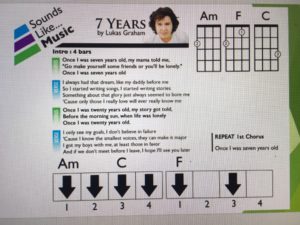 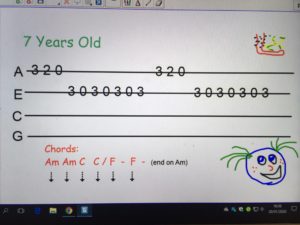 In maths this week we have been learning about and working on decimals. We have been adding, subtracting, multiplying and dividing decimals including working with negative numbers. We have been working on rounding to the nearest whole number, tenth and hundredth.

We have also started doing ‘Number of the Day’ where each day we put a new number up and we have to do different mental arithmetic related to the number. Our numbers this week have had one or two decimal places.

In literacy this week, we did a Gaelic written piece about our hopes and wishes for the year ahead. We also completed a book review of Wonder in English.

This week, during our Friday ‘Skills for Life, Work and Creativity’ session, we had a group working on making a moving carriage with an axle which will work on a zip line, a group creating a volcano, a group working with clay to make a scene about endangered animals and many more exiting projects on the go! We also have a team in training for the cross country running festival!

In the third term we are working on finding information in texts and we would like children to come to school with one piece of news they have heard or read.  They will present this piece of news to the class each Monday afternoon.  In class we will be working on note taking and developing our Gaelic oral skills.